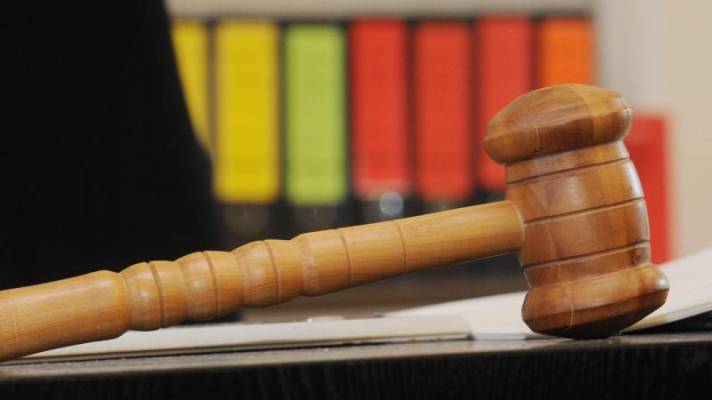 Refugees arriving in Germany often have bigger problems than local copyright law. That can have dire consequences: A growing number of arrivals are being slapped with cease and desist letters. These letters spell legal trouble for the refugess themselves, or helpful Germans who provide refugees with internet access.

Translated by Fabian A. Scherschel,

(read this article in German or Arabic).

Mohamad S. loves movies. At home, in Syria, he wasn't able to watch every new flick at the cinema. He would often buy pirated DVDs and download movies through file sharing networks. In Syria, this is neither frowned upon nor does it have any legal repercussions. Mohamad fled to Germany in August 2015, and now lives in a village in the vicinity of Hanover.

A neighbour has opened his wifi network to Mohamad, so that the Syrian refugee can stay in touch with family and friends back at home. Mohamad did use that network access to download movies. His software of choice was based on the BitTorrent protocol. BitTorrent downloads files, immediately sharing them with other BitTorrent users.

In February, the neighbour received a cease and desist letter: It demanded payment of Euro 815 for an alleged copyright infringement. Apparently, Mohamad had downloaded the US-made comedy-drama "Paper Towns". The letter threatened Mohamad's neighbour with further legal action, since he was the subscriber of the internet acess point used. The choice given was to pay Euro 815 Euro or face a lawsuit.

Mohamad is unfamiliar with German copyright law. The Syrian was unaware of the strict enforcement of copyright here. This has led to a troublesome situation for both him and his helpful neighbour. And they are not alone: c't is aware of many similar cases of refugees and Germans who try to help them. Rights holders are exploiting the situation. Attorneys specialising in this kind of copyright enforcement have been reporting an increasing number of similar cases moving across their desks.

All cases that c't is aware of have invariably been initiated in the name of the Munich barrister's office Waldorf-Frommer – probably the most assiduous originators of cease and desist letters in all of Germany. Waldorf-Frommer represents a number of film distributors. In Mohamad's case, it is Twentieth Century Fox Home Entertainment. The Euro 815 demanded are for an indemnity claim of Euro 600 plus Euro 215 for "expenses".

Irrespective of the legal claim, the question inevitably turns to moral implications. Should the mostly destitute refugees be punished, even though they didn't know they were doing something illegal? When asked by c't, rights holder Twentieth Century Fox Home Entertainment declined to comment.

Waldorf-Frommer turned out to be more talkative. Katja Nikolaus, barrister and partner in the law firm, states: "Our clients have no way of knowing the social or economic background of the line subscriber at the moment the cease and desist letter is sent. As soon as we have plausible indication that our claim would cause undue hardship, we will consider this appropriately – up to completely dropping our demand."

We can confirm that, in some cases, refugees who had been served with cease and desist letters, and were able to obtain legal representation, managed to negotiate a lower settlement. In one case, a destitute single mother was confronted with a Euro 915 claim. A pro bono barrister representing her succeeded in convincing Waldorf-Frommer that this would have bankrupted her client. The amount was reduced to Euro 315, payable in monthly installments of Euro 10 each. (hob)

Anyone seeking refuge and using the internet in Germany should heed the following basic guidelines. If you are giving refugees access to your own internet connection, you should inform them about this aspect of German law.

German copyright law prohibits the sharing of works without express permission by the rightsholder. If you download files (movies, TV shows, music, software or ebooks) over file-sharing networks such as BitTorrent, you automatically also share them. The internet connection that is used can be discovered by rightsholders by the associated IP address which enables them to serve cease and desist letters to its owner. Even this initial notification carries heavy fees.

Programs that look like streaming clients but which use BitTorrent in the background pose an especially big danger. They distribute parts of the stream to other users. A popular app of this ilk is Popcorn Time which is available on PCs and Android smartphones. Other examples are apps like Vuze and the browser plugin WebTorrent.

Common sense goes a long way. Especially when it comes to movies, a long time will pass in Germany between a flick opening in the cinemas and it being available on the net. It is very unlikely that a well known movie should be legally available as a download a few months after it opened in cinemas – and it's even more unlikely that it would be available free of charge.

A special aspect of German law is that the operator of a wifi network is legally responsible for illegal actions that are perpetrated by the users of the network. This applies to strangers as well as members of the same family. To retain a minimum of protection against lawsuits, the operator should at least inform his guests about the risks inherent in using file-sharing networks – providing them with this article is a good start. Signing an informal statement that explains the dangers of using the wifi network together with the guest would probably indemnify the wifi operator. But they would have to name the perpetrator of the copyright infringement which would open up the person in question to claims from rights holders.